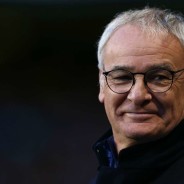 Amidst the euphoria of Leicester City winning its maiden Premiership title, the wonderment at the fact that many of its players came from lower leagues, on very low-cost transfers and even frees, another aspect also deserves a great deal of attention. Claudio Ranieri, and the fact that he has never won any of Europe’s top divisions.

In Italy, he won Serie C1, promotion from Serie B and Coppa Italia Serie C with Cagliari and Serie B, Coppa Italia and Supercoppa Italiana with Fiorentina but nothing in his time at Juventus, Napoli, Parma, Roma or Inter Milan.

In Spain, he had two spells at Valencia in which he won the UEFA Intertoto Cup, the Copa Del Rey and the UEFA Super Cup but nothing with Atletico Madrid, where he had a 24 per cent win rate. In France, he won Ligue 2 with Monaco.
Oh and there was his time managing Greece, under him the team played four, drew one and lost three games.
Here are five business lessons that can be derived from Claudio and Leicester City FC:

ONE Enjoy success. Before Leicester began to look like likely winners, or even top four finishers, the team kept its first clean sheet of the season against Crystal Palace in October and Ranieri rewarded his players and staff by treating them to pizza.
Having long-term goals is fantastic, but having smaller targets is a great strategy and celebrating the achievement of these targets with your staff is wonderful for staff morale and for inspiring further success. Also, pizza is always a good idea.

TWO Be authentic and nice. Ranieri has been known as the ‘nice guy’ on English shores since his spell with Chelsea when he was sacked because the club wanted a more likely ‘winner’, in the form of Jose Mourinho.
But Ranieri did not change his demeanour, even at the start of this season when he was criticised and made the bookies’ choice to be the first manager to be sacked, his interview and managerial style did not change. He didn’t treat journalists at his press conferences like most managers do, he developed camaraderie with them, he became their friend, he proved that there is so much power in nice. He won the greatest prize in English football, and he did it whilst being himself.

THREE Have manageable goals. First his goal was to not be relegated, then it was to finish in the top ten, then the top four and finally he admitted to wanting to win the league. Having a long term vision is fantastic, but remember the motivational power of an incremental goal achieved and celebrated.

FOUR Absorb pressure. While his predecessor, Nigel Pearson, throttled one of his own players, Ranieri never let on that he was feeling any pressure. At every goal conceded, every tough press question asked, every decision against his team, he smiled. He is a fantastic example of a manager who gave his team space and encouragement to perform, remembering one vital lesson – stress is transferable, and transferring stress is extremely counterproductive.

FIVE Foresee problems. At the start of the season Leicester were winning games, despite conceding but he adapted the team before conceding goals became a problem. He incentivised the team by promising pizza with a clean sheet and changed the set-up of the defence and as a result a team that didn’t have a clean sheet in its first 11 games of the season had 11 Premier League clean sheets since January. This is a great example of a manager seeing a potential issue before it arises and fixing it before it becomes a problem.

About the Author: Fosse BBC Leicester